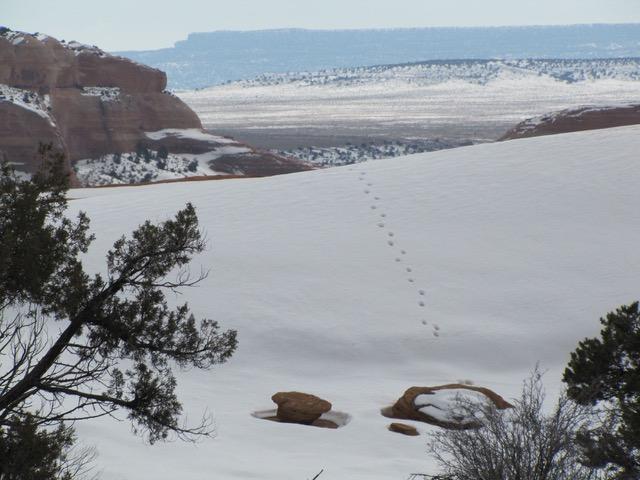 It’s time for a tribute to some people who did a lot for establishing  San Juan County as an international tourist destination.  This is in recognition of two very influential people in the world of putting San Juan County on the international travel must do list. Charlie De Lorme and Cindy Tumeh. Age before beauty so let’s start with Charlie.

Charlie's step-daughter Jenn Davilla of La Posada Pintada was one person asked to fill us in on him. You get the feeling this was a pretty good guy to have as a dad.

Jenn’s words- Charlie started to work in Bluff in the early 80’s as a river guide for Wild Rivers under the ownership of founder Kenny Ross. Charlie had a connection with Kenny from Mancos where we all lived. As he was wont to do, he took the job with full enthusiasm and strove to make the most of the situation and build the company.

Our family bought Wild Rivers around 1984. It was our mission to continue to offer expertise and educate the public as to the true archaeological, geological and natural wonders that this area has to offer.

Charlie often said, “You can make almost anyone a boatman, what you need to focus on is making them a lover of the land, the history and the culture that surrounds them.”

Boating on the San Juan is NOT a whitewater experience and we never sought to make it one, instead, our company would focus on giving people a sometimes once in a life-time chance to learn from a scientist about the special area.

Jenn Davilla continues with her memories of Bluff in the 1980’s...

Bluff was a very different place when we moved here. There was little activity going on, I would almost compare it more to Mexican Hat as it is now minus the European wave.  We were pretty dependent on river runners and drive by traffic.

I remember thinking at one point, there was not a single business here that could have stood on its own and been successful, we were all very interdependent. I think it was this interdependence and a drive to make a living and do more than just "survive" that drove our business group (BOB) to form.

Charlie, Cindy Tumeh, Howard Brundage and others really pushed to make Bluff the destination that it is today.  They all believed that customer satisfaction was the number one goal!  They all did their best to offer the guests the best that they could. This started to pay off in the form of more people choosing to come to the area, Bluff was starting to form its identity as something different.

We had always been a Mecca to archeologists and geologists and didn't want to lose that, we also did not want to become a "Little Moab" so it was a balance to try and find a way forward not losing our identity but also not starving.

Charlie has had a love for travel since I have known him.  He was always the first one in line to go and explore a new place or situation. He did more than explore though, he made friends and shared his love of the southwest with others, encouraging them to come and experience it for themselves in whatever way possible.

If you could come as a visitor great, if you couldn't afford that, come and work.  I think his ultimate goal was to share this beautiful place with as many people as possible.

Cindy was Charlie's partner in many “get Bluff on the map” schemes.  She too had a vision of the town that she grew up in. She loved it here. (sometimes I question why but I know she did) While she didn't necessarily have the travel bug that Charlie did, she did see tourism for what it was, a growing industry.  She recognized the need to step things up in our community and pushed to do so.  She had a vision of grandeur and knew that in order to make it successful, she would have to dedicate her whole life to it and that is exactly what she did.

Cindy and Charlie made a great team, Charlie would go and find people and Cindy would make sure that they were accommodated in style. Charlie would bring them here and Cindy would make sure that they wanted to come back for more.  I feel that the biggest asset of either Charlie or Cindy was that both of them as well as most of the other Business Owners in Bluff realized a long time ago, that you might be able to stand on your own two feet and get by, but to be truly successful you need a full team beside you. Charlie was known for using the expression "a rising tide lifts all boats" and he believed it to his core. Cindy felt the same, she and I also joked that we were not in "competition" we were in "cooperation" we needed each other!  Cindy provided me with opportunities and industry know-how that I never would have experienced without her.

Bluff and San Juan county have some big spaces and ideas to fill with both of their passings.  This life that we have chosen is not easy and I know that it took its toll both physically and emotionally on both of them and with their passing comes relief from physical discomforts. People in Bluff are made of special stuff and we will continue to push forward and take surprising steps to stay on the path of our choosing.

Linda Sosa of BOB (Business Owners of Bluff) remarked that both of them will be greatly missed. “Their love of Bluff, their energy to make Bluff a great place to be, and their wonderful spirit have had a great impact on our town for many years.”

Allison Yamamoto-Sparks was one of the people who worked with Charlie in San Juan County’s Economic Development and Visitors Services office. “I will always be grateful for getting the chance to work in the office Charlie oversaw. He was definitely well connected, he built and maintained relationships with people all over the world. He spent a lot of time and effort promoting San Juan County and the areas he loved. Even now at conferences people still ask about him, almost 4 years since he stepped down from the directorship of our office.”

Now for the beauty, Cindy Tumeh. She was born just down US 163 at the 7th Day Adventist hospital tucked back behind Goulding’s Lodge. Cindy came to Bluff Utah in her mothers arms and with the exception of a couple years in the Bay area when the family lived there, grew up in the little town. It was a home full of brothers, a larger than life father and a backyard people would travel halfway around the world to see.

One of those brothers remarked on Cindy’s passion for her family and for building the business she and husband Amer had started. Steve Simpson, her sibling closest in age, filled in some of the blanks for us.

Over a twenty year span Cindy and Amer worked hard putting together what became the world class resort that today sits overlooking the cliffs and iconic western landscapes of the San Juan River.

First with the Jens house a historic B&B and a string of cabins next. And then a full service motel. But the work was never done. She kept striving to make it better, the addition of Duke’s Restaurant, named in honor of her father, brought a dining aesthetic to Bluff that would be hard to match. Her diligence and attention to the business end combined with Amers engineering and project managing skills resulted in the gem that is the Desert Rose.

According to her brother Steve, Cindy felt creating a community was part of the success. Building her business was building Bluff.

There are few lodgings or venue choices in all of San Juan County that can even hold a candle to what Cindy Tumeh put so much of herself into, in a place remote and beautiful. A place called home.

Natalie Randall, director of the office Chalie once headed and Cindy had so much involvement with, had this to say about the pair. “San Juan County’s tourism and business community will have felt a significant void with the loss of both Charlie and Cindy. Charlie was a leader in the Tourism Industry and is known worldwide. It was a pleasure to step into the position following his leadership, and to continue to nurture the relationships he spent a career developing. Cindy was our Tourism Tax Advisory Board chair during my tenure as Director and worked tirelessly to support the board and move the needle forward. She had a passion and dedication to the county’s well-being, to the point she opened a store in Moab to market the beauties of San Juan County! Cindy had a knack for innovation and creativity when it came to marketing, and it was always a pleasure to jump on a call with her and discuss some of her ideas and insight.”

San Juan County Economic Development and Visitors Services office recognizes the families of Cindy Tumeh and Charlie DeLorme. We would like to express our thanks for sharing them with the community that is San Juan County.