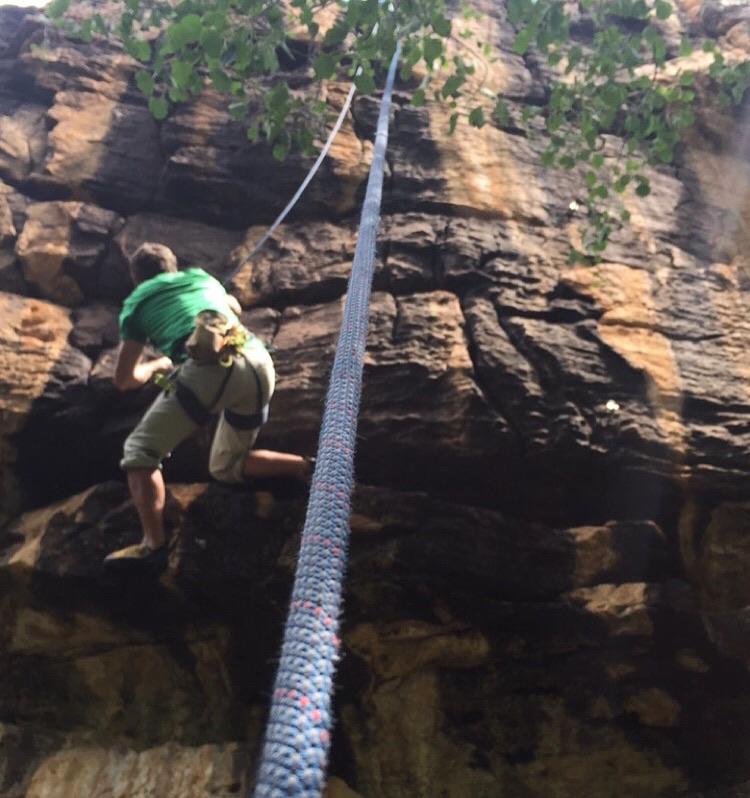 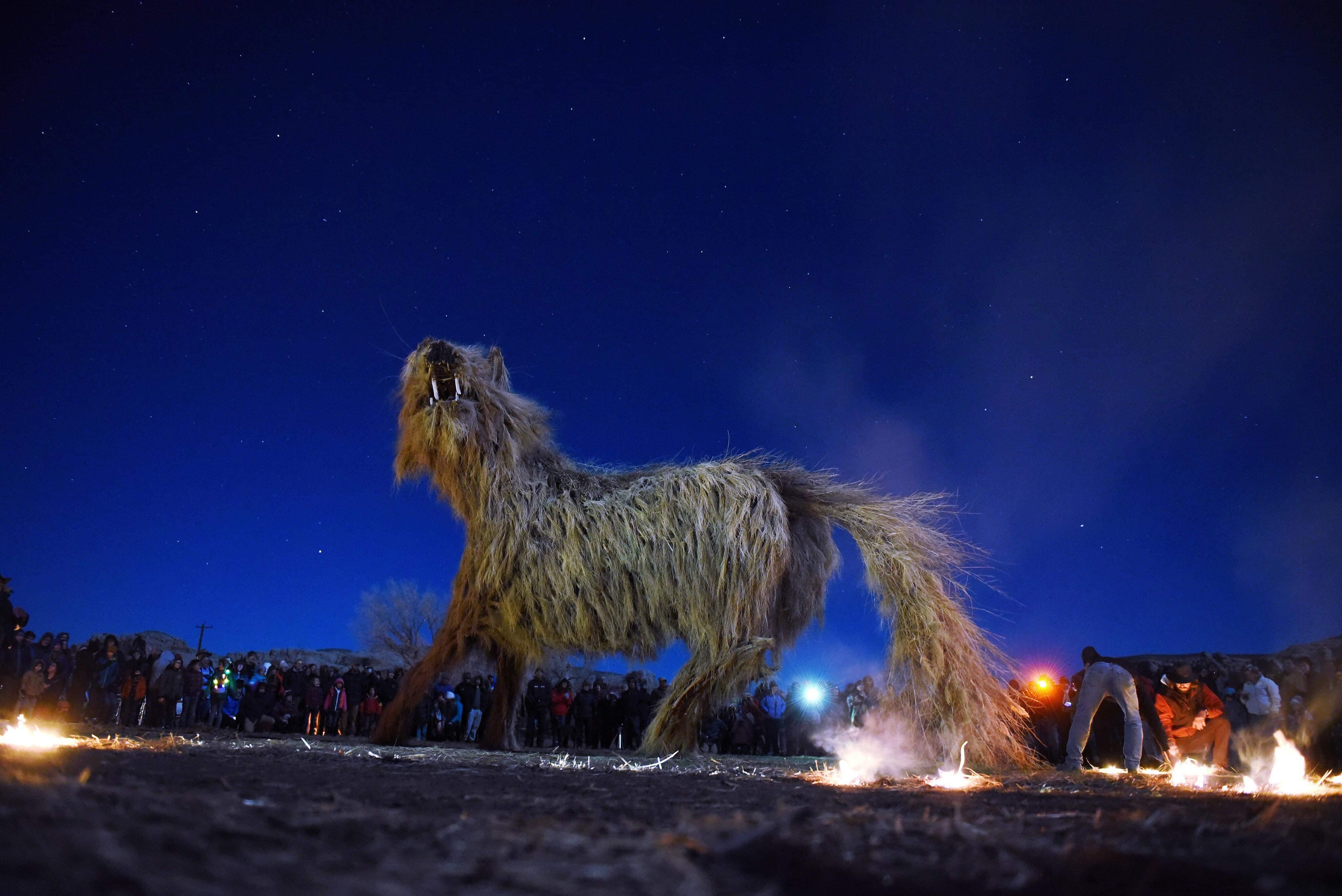 The first day of the new year on the Gregorian calendar is one we all know: Jan. 1.

But regional artists haven’t waited to celebrate, and Friday, Dec. 21, they marked the return of the light by casting some flames of their own.

At the Deep Creek Mine, the artists collective Deep Creek Experimental offered a solstice-inspired tower burn, wood-burning interactive sculptures by Anton Viditz-Ward and music from DJ G and Beatrixx Kiddo.

It was an adults-only affair, “ages 21-plus only.”

“Helmets are required,” the group’s Facebook’s page read in advance of the event. “Please bring your own. Dress warm.”

Cozy dress was also the order of the day — or rather, night — in Bluff, Utah. At least until a commanding depiction of a coyote on a piece of property across the street from Recapture Lodge went up in flames, at which point, so powerful was the heat emanating from local sculptor Joe Pachak’s wire-and-willow creature that it could be felt more than 100 feet away.

It was the seventh year for one of Pachak’s creations to incinerate, an event that draws increasing numbers of spectators of all ages from all over the Western Slope to watch it burn. In the weeks before the towering communal fire, as the sculpture became more fully formed, the importance of the coyote in Navajo mythology took increasing shape in local students’ imaginations, as school kids learned about the energetic, vital being known as both Trickster and Creator.

On Solstice Night, before the burning, Hoop Dancers performed, Native drummers played, and a local Navajo Medicine Man spoke of the importance of Coyote to the assembled crowd, which numbered 500 strong.

Pachak’s solstice sculptures have included local creatures large and small, extinct and extant: a mammoth, desert bighorn sheep, a Pleistocene bison, a pair of blue herons and, last year, a duo of 27-foot-high “dancing” black bears. By contrast, this year’s coyote was more modest in size — just 18-feet-tall. But it loomed large:

Driving past it in downtown Bluff, it was impossible to miss, and in the time that this reporter happened to jump out of her car to take a closer look, a local flight nurse dropped by — his colleagues had witnessed the flaming bears from above, by helicopter, on an emergency run last year — and an art professor from Nebraska pulled up in her Honda Fit to gaze and ask questions. Soon, the artist himself was on the scene.

The sculptures are “anchored with wood and tied with wire,” Pachak said. “Fifteen people helped me.” He views the burns not merely as dramatic conflagrations but teaching events.

“Last year, the Utes came down from White Mesa, and this year, a Navajo Medicine Man will give a blessing and explain Coyote’s role in sending up quartz crystals to help organize the first stars,” Pachak said.

The mythic coyote’s role may be powerful, but the sculptural one — seemingly depicted in mid-swivel, body edging forward, face glancing behind — caught the animal’s restless spirit so well that at least one onlooker has suggested Pachak’s creations be preserved instead of torched. The artist was having none of it. “Absolutely not,” he replied. “These are effigies. The first was inspired by an elk that I shot with a bow and arrow; I wanted to give something back.”

And so last Friday night, Pachak’s latest effigy went up in flames. “The year 2018 is over. It’s gone,” he had said. Soon his coyote would be too — but not before transmogrifying to brilliant, incendiary life.