Bluff was founded by Mormon settlers after they pioneered the Hole-in-the-Rock trail from western Utah. The original fort, Bluff Fort Historic Site, is still partially standing, and Victorian era homes — some on the National Register of Historic Places — provide a sense of life at the turn of the twentieth century.

A center of prehistoric life, Basketmaker and Puebloan archaeological sites are near the community. Sand Island is near Bluff with its many figures of Kokopelli, the humped back flute player of ancient southwest mythology. Rock art sites abound in the area. An unrestored ancient village site dating to AD 750-900 lies just below the surface near contemporary homes. Older still (dating from AD 1050-1250) and also unrestored, a great house, great kiva, and remnants of a prehistoric road are in evidence near the community. Great houses and kivas represent one of the highest levels of architectural sophistication found among ancient structures in the southwest.

Bluff is the site of the annual International Bluff Balloon Festival in January. In May the Reading of the Gourds takes place, June sees competitors vying for prizes at the Herbert Maryboy Memorial Rodeo, and the Utah Navajo Fair livens up the town in September. Bluff also hosts the annual Fandango! in Bluff each October with nationally recognized poets and story tellers. 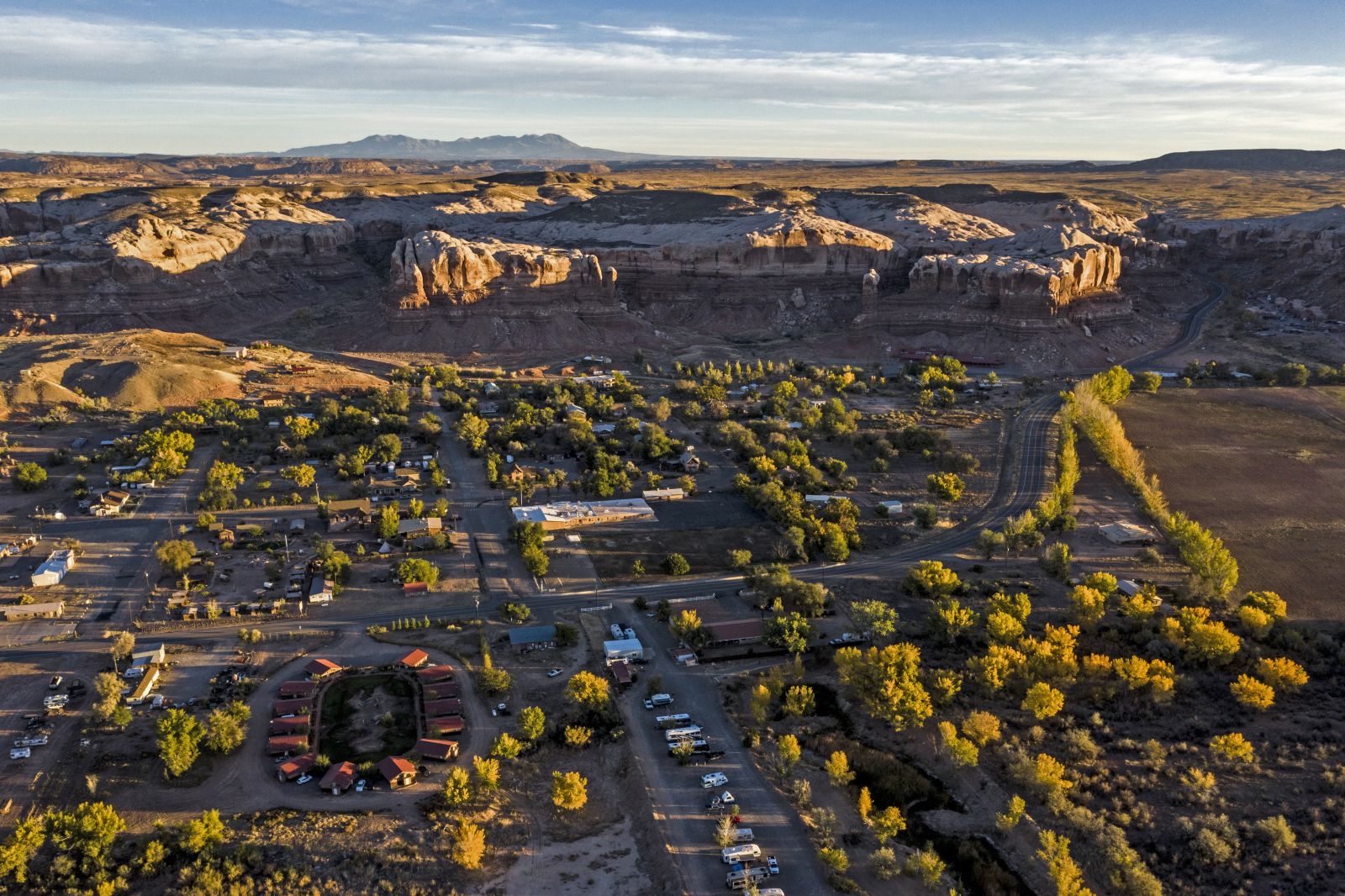 he village of Bluff, nestled within the sandstone bluffs that give the community its name, is located twenty-six miles south of Blanding on US 191. It is on the banks of the San Juan River at 4380 feet in elevation. Founded in 1880, it was the first organized Anglo community in San Juan County.

Many of the Victorian pioneer homes have been, or are being, restored. Bluff was built on the site of a much older pre-Pueblo community, and ancient ruins of that culture abound in the vicinity of Bluff. Recently, Bluff has attracted a number of artists and craftspersons who are busy establishing an artist's community.

Bluff's estimated 2000 population was 370. It provides volunteer fire protection and maintains a Special Service District Board in addition to water utilities.